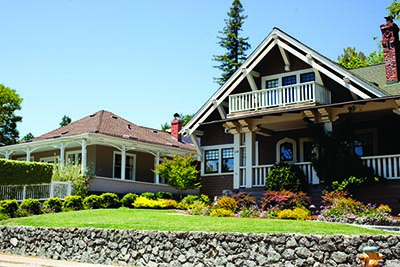 The nine-county Bay Area continued to record substantial year-over-year price gains in July, further shutting out more buyers and causing sales activity to spike in some of the region’s relatively more affordable markets.

That’s according to the California Association of Realtors’ latest home sales and price report, which puts the median sales price for a single-family home in the state at $591,460 in July, down from its record high in June but up by 7.6 percent on an annual basis. Statewide, condominium prices hit a new peak in July, climbing to $486,330.

For the 13th consecutive month, the Bay Area recorded double-digit percent annual appreciation, with the median single-family home price ending July at $980,000, up by 10.1 percent from one year earlier. All nine counties saw year-over-year price gains, ranging from 0.8 percent in Sonoma County to 16.0 percent in Santa Clara County.

Robust appreciation and high prices in Bay Area job centers such as San Francisco and Silicon Valley, along with rising interest rates, is squeezing many buyers. According to a separate CAR report released earlier this month, just 14 percent of households in San Francisco and San Mateo counties could afford to purchase the median-priced home in the second quarter, making them the state’s least-affordable housing markets behind Santa Cruz County.

Though both California and Bay Area housing markets remain heavily tilted in favor of sellers, July did bring a bit of inventory relief. Statewide, active listings rose for the fourth straight month — 11.9 percent from July 2017 — after having declined for a nearly three-year period. California’s monthly supply of inventory improved slightly from the previous July, inching up to 3.3, while the nine-county Bay Area had a 2.2-month supply of inventory.

Still, even with a few more homes on the market, Bay Area counties remain the state’s most inventory-starved. San Francisco and San Mateo counties had the fewest homes for sale in California, both with a 1.6-month supply, followed by Alameda (1.7), Contra Costa (2.0), and Santa Clara (2.2) counties.