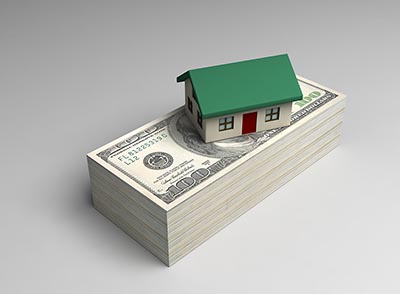 Bay Area home prices have been growing substantially on an annual basis since last summer, with March appreciation the highest yet during the current run.

The California Association of Realtors’ latest monthly home sales and price report puts the median sales price for a single-family home in the nine-county Bay Area at $980,000 in March, up by 18.1 percent year over year. Prices in the region have risen by more than 10 percent on an annual basis since July 2017.

Seven of nine counties posted double-digit percent price gains in March, ranging from 11.3 percent in Solano County to 28.7 percent in Santa Clara County. In the Wine County, prices grew by 7.9 percent in Sonoma County and were flat in Napa County.

In a statement accompanying the report, CAR Senior Vice President and Chief Economist Leslie Appleton-Young attributed the price growth to familiar culprits: a lack of inventory and the prevalence of bidding wars.

“Housing demand remains strong and competition is fierce, especially in San Francisco, San Mateo, and Santa Clara, where home prices are being pushed to record levels and buyers are paying as much as 17 percent over asking price in some markets,” she said.

The Bay’s Area housing supply woes continued in March, with the monthly supply of inventory dropping to 1.9, down on both a monthly and yearly basis. Eight of nine counties saw the number of homes on the market drop from March 2017, with only Napa County posting a modest improvement. Five local counties had the tightest supply conditions in California: Alameda and Santa Clara (1.5), San Francisco and San Mateo (1.6) and Contra Costa (1.9).

Besides a limited number of homes for sale, Bay Area buyers must contend with an exceptionally fast-moving market. In March, homes sold in a median 12.0 days, down slightly from February and March 2017. In the most competitive housing markets, properties sold even faster than that: 8.0 days in Santa Clara County; 10.0 days in Contra Costa County; and 11.0 days in San Mateo and Alameda counties.