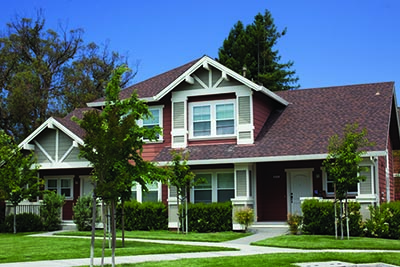 Golden State home price appreciation is projected to slow to a six-year low in 2019, although rising mortgage rates will reduce affordability even further.

The California Association of Realtors’ 2019 Housing Market Forecast expects that the median single-family home price will end this year at $575,800, up by 7.0 percent on an annual basis. Mortgage rates are forecast to end 2018 at 4.7 percent, reducing the number of Californians who can afford a home to 28 percent.

The state’s median home price is projected to rise by another 3.1 percent in 2019 to $593,400, a far cry from the 27.5 percent growth recorded in 2013. Assuming that mortgage rates move up to 5.2 percent by the end of 2019, just one-quarter of Californians will be able to afford a home purchase. Next year, home sales are projected to decline by 3.3 percent, almost identical to 2018’s projected decrease.

“While home prices are predicted to temper next year, interest rates will likely rise and compound housing affordability issues,” CAR President Steve White said in a statement. “Would-be buyers who are concerned that home prices may have peaked will wait on the sidelines until they have more clarity on where the housing market is headed. This could hold back housing demand and hamper home sales in 2019.”

Housing affordability challenges are expected to drive out-migration trends next year, as Californians move to less expensive counties or out of the state entirely. This year, 28 percent of homebuyers are projected to leave the county in which they currently reside. In the Bay Area and Southern California, that number ticks up to 35 percent.

While worsening affordability is unwelcome news for California home shoppers, the state’s economy should remain on solid footing next year. CAR projects that the state’s gross domestic product will grow by 2.4 percent, down slightly from 2018 expectations. The job market should continue to thrive, with the unemployment rate holding steady at 4.3 percent by the end of next year.