Although second-quarter inventory improved on an annual basis in more than half of the Northern California regions in which Pacific Union operates, prices increased in every region. The Mid-Peninsula, Sonoma County, Sonoma Valley, and Lake Tahoe/Truckee regions recorded double-digit-percent, year-over-year appreciation.

Below, Pacific Union Chief Economist Selma Hepp offers a brief synopsis of second-quarter real estate activity in each of Pacific Union’s regions. The accompanying links lead to the full report for each area, where you can access the latest regional and community-specific market data and statistics to help you make a better, more informed homebuying or selling decision. 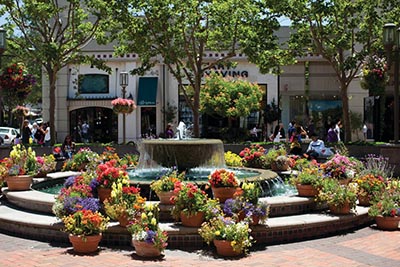 unty was strong, particularly for higher-priced properties, which got a boost from more inventory. Also, while Contra Costa County’s relative affordability attracts homebuyers who have been priced out of other Bay Area communities and who seek excellent schools, the region is also seeing more sales activity for homes priced above $3 million.

Buyers were enthusiastic and more likely to enter bidding wars compared with last year’s second quarter. The share of homes that sold for more than asking price picked up notably among higher-priced properties. As a result, Contra Costa County’s median price increased solidly in the second quarter, with most homes selling in less than two weeks.

Looking Forward: With the arrival of summer, buying activity will slow until September, when the beginning of a new school year brings more active buyers and sellers. Renewed buyer enthusiasm suggests that autumn will bring heightened competition. 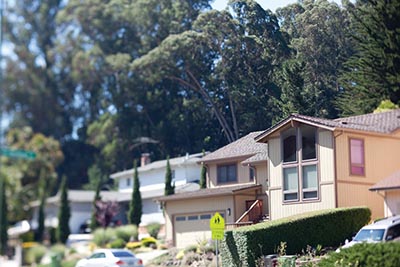 The East Bay‘s housing market showed robust sales in the second quarter, with more homes sold than during the same period last year. Except for San Francisco, the East Bay is the only Bay Area region with more sales in 2018 compared with 2017. Homes priced below $1 million remain in high demand.

Buyer competition again heightened, with eight out of 10 homes selling for more than asking price and all price ranges seeing more bidding wars than last year. The seasonal increase in homes for sale has helped satisfy eager buyer demand to some degree, though inventory levels remain critically low.

Median home prices continue to increase substantially in the region’s most popular communities, especially walkable neighborhoods near BART stations. Unlike in some other Pacific Union regions, very few East Bay sellers keep their homes off the multiple listing service, helping to ensure that they receive the optimum price.

Looking Forward: While a seasonal slowdown may occur during the summer, there will be no shortage of buyers once the traditionally brisk fall season gets underway. Low inventory will keep a lid on market activity, but continued demand will likely push prices higher. 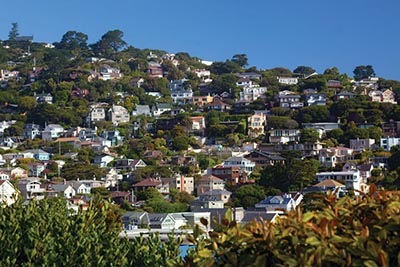 Second-quarter home sales activity in Marin County mostly reflected typical trends observed in the previous few years. Nevertheless, sales of homes priced higher than $3 million started off slightly slower before catching up toward the end of the quarter. The strongest demand was for homes priced between $1 million and $3 million.

At the same time, inventory showed some improvement compared with last year except in the sub-$1 million price range. Strong buyer demand pushed the median sales price up by 8 percent from the second quarter of 2017.

Bidding wars were again common, and more homes sold for premiums than during the same period last year, especially those priced between $1 million and $2 million. About 65 percent of homes sold for more than asking price in the second quarter. While demand at the higher end of the market has remained solid, the number of home sales priced above $3 million this year has slowed from the same period in 2017.

Looking Forward: A seasonal slowdown is traditionally seen during the summer months, while September will once again bring buyers back to the market. With low inventory levels still a concern, buyers may face stiff competition and rapidly growing median prices. 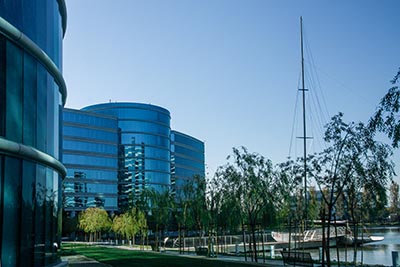 While the overall number of Mid-Peninsula home sales in the second quarter did not differ much from the same period last year, the distribution of sales tilted much more toward higher-priced properties. Sales of homes above $2 million increased by about 50 percent, while they dropped by about the same amount for homes priced below $1 million. Higher-priced sales were helped by an uptick in inventory.

The increase in higher-priced sales also helped push up median home prices, which have increased year over year at double-digit-percent rates since the beginning of the year. San Mateo County now ranks as the most expensive Bay Area real estate market.

Low inventory is once again creating a very competitive market, with more than eight in 10 homes selling for more than asking price, the second highest share among all Bay Area communities and particularly for homes priced between $1 million and $2 million.

Looking Forward: The strong end to the second quarter suggests that buyers remain very enthusiastic, but supply challenges will likely keep a lid on future sales. The summer months will bring the typical seasonal slowdown followed by a busy fall season beginning in September. 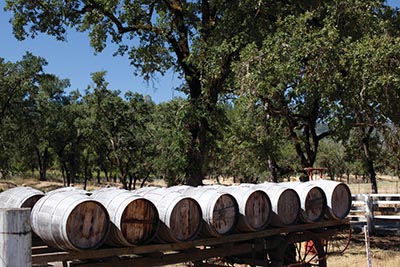 Napa County‘s housing market activity in the second quarter was far more robust than in the first quarter, though it still trended slightly slower on an annual basis. Sales picked up notably for homes priced between $2 million and $3 million compared with last year, though those sales still represent a small share of the overall market.

There were more homes available for sale as the second quarter ended, again especially homes at the higher end, which doubled compared with last year’s second quarter. Still, all price ranges saw more new listings toward the end of the quarter.

Buyers remain particularly interested in more affordable price ranges, with almost half of homes priced below $1 million selling for more than asking price. Furthermore, while Napa County remains one of the more balanced Bay Area markets and has had relatively lower appreciation in 2018, median prices picked up in the second quarter, mostly in line with the rest of the Bay Area. There was some softening in prices of homes over $3 million.

Looking Forward: The summer months may bring a seasonal slowdown, although the combination of retiring baby boomers and Napa County’s relative affordability will guarantee a healthy supply of enthusiastic homebuyers. Improved inventory should give buyers more options to choose from. 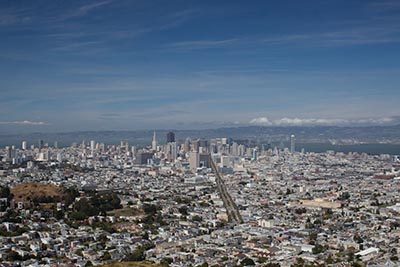 Housing market activity in San Francisco in the second quarter proved especially robust when compared with the rest of the Bay Area, showing a solid year-over-year increase in home sales. Except for sales of homes priced below $1 million — which were constrained by inventory shortages — home sales activity picked up at all price ranges.

Continued supply constraints led to notably higher absorption rates compared with the second quarter of last year and to a roughly 10 percent increase in both median single-family home and condominium prices. The competitive market produced a three-year high in the share of homes that sold for more than asking price. For single-family homes that sold over list price, buyers generally paid almost 20 percent premiums.

Looking Forward:  Although third-quarter sales are expected to reflect mild seasonal lulls, continued economic strength will keep fueling demand for San Francisco real estate. The prospect of further mortgage-rate increases may attract some homebuyers who have been sitting on the fence. 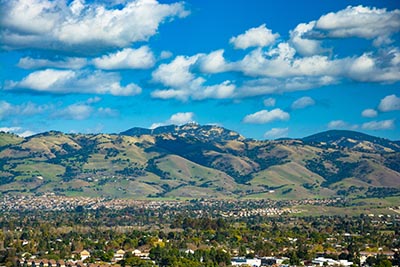 Second-quarter housing market activity in Silicon Valley brought modest median price growth to the region. Fewer home sales were recorded from one year earlier — except in Palo Alto, Los Altos Hills, and Woodside — due to declining inventory. Compared with the second quarter of last year, the supply of homes priced between $2 million and $2.4 million dropped considerably, while the inventory of higher-priced homes remained better balanced. In addition, sales of homes priced below $1 million dropped at a rapid pace, with some spring months recording almost a 50 percent annual decline. Sales of higher-priced homes continued to grow at a faster pace, a trend that started earlier in the year, with some areas seeing sales of homes above $3 million double from last year.

Looking Forward: While enthusiastic buyers bode well for the region’s housing market, inventory shortages remain a concern. The summer months will bring a seasonal slowdown, but September is expected to usher in another strong start to the usually busy fall homebuying season. 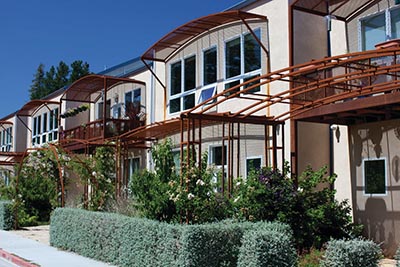 Sonoma County‘s housing market in the second quarter continued to see homebuyers and sellers reconciling post-wildfire considerations. There was a notable increase in sales of homes priced higher than $1 million. Sellers may have taken the opportunity of increased demand and appreciating property values due to the wildfires and decided to sell sooner than expected and relocate to their retirement destinations. Buyers may also be experiencing fatigue, as there were fewer multiple offers and more price reductions than in quarters past, again with the largest increase in price reductions for higher-priced homes.

With a lack of affordability weighing on most Bay Area housing markets, Sonoma County buyers are generally coming from other higher-priced areas in search of less-expensive real estate. However, if the new-home supply does not ramp up soon, affordability will further dwindle in Sonoma County, too.

Looking Forward: The summer months are expected to bring the typical seasonal slowdown, though momentum is projected to continue once autumn arrives. With no lack of buyer demand, Sonoma County’s housing market should remain strong. 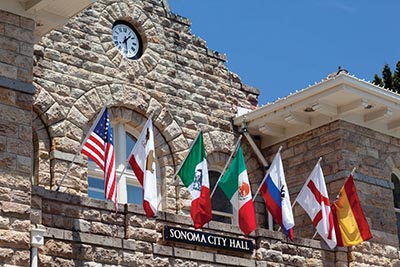 With lower inventory levels compared with the second quarter of 2017, home sales activity in Sonoma Valley lagged on an annual basis. Nevertheless, while sales of homes priced below $1 million were constrained by a lack of inventory, sales of higher-priced homes picked up notably, especially homes priced between $1 million and $2 million.

The increase in higher-priced sales activity also helped drive the median price higher, which jumped considerably year over year to end the second quarter at around $900,000. Nevertheless, fewer overall sales in Sonoma Valley can lead to large median-price fluctuations.

Even in a competitive atmosphere the market remains challenging, and there were more price reductions across all price ranges compared with the same period last year. Sonoma Valley’s housing market is particularly challenging for first-time buyers, who face not only increasing prices but many new listings in price ranges well above $1 million that were often held as second or vacation homes by the sellers. Almost four in ten homes sold for all cash, particularly those that were well priced.

Looking Forward: A seasonal slowdown is usually expected during the summer months, however buyer demand in Sonoma Valley will likely persist into September. Inventory constraints remain the biggest challenge for budget-conscious buyers, but with price reductions already happening, additional home shoppers may come to the table in the latter months of the year. 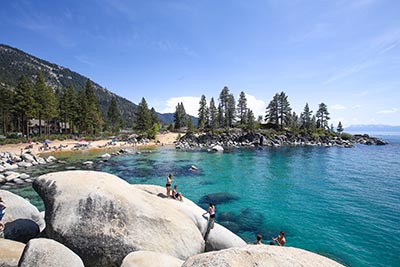 Second-quarter activity in the Lake Tahoe region continued to bring increased sales of higher-priced homes — particularly those in the $3 million-plus range. Overall, 2018 has been a good year for sales of more expensive homes in the Sierra Nevada range.

Buyers felt a greater sense of urgency, and homes sold more rapidly than they did in the past couple of years. The brisk pace of sales fueled absorption rates, and buyers were more likely to face competition for homes priced below $2 million. But sellers were also more realistic than in years past, which allowed for greater balance between the two parties. Home price appreciation remained mostly level, and the double-digit-percent increases in median prices for both single-family homes and condominiums were mostly driven by a higher share of large home sales.

Looking Forward: Unlike in the Bay Area, the Lake Tahoe region doesn’t typically see a late-summer slowdown in property sales; vacationing families may decide to purchase a second home before the summer ends and their kids return to school. We expect the current healthy sales activity to continue through most of the rest of the year, although it will likely begin to soften after Thanksgiving.