BAY AREA HOMEBUYERS ARE ADVISED TO ACT FAST THIS FALL 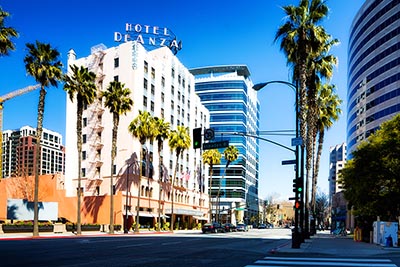 Intense demand for Bay Area real estate amidst a booming job market means that homes have been selling at a brisk pace for the past few years, and that trend continues as summer 2018 nears its end.

Data from the National Association of Realtors says that U.S. homes sold in a median 27 days in July, three days quicker than they did one year ago. Homes sold faster than they did last year in 76 percent of the 500 U.S. metropolitan areas for which NAR tracks data.

Homes in the San Jose metropolitan area sold in a median 26 days, four days quicker than they did in July 2017 and the briskest pace in the country. San Francisco tied Seattle as the nation’s second-fastest-moving housing market, with homes finding a buyer in 30 days, also quicker than last year. While Vallejo also ranked among the country’s fastest-paced markets this summer, at 36 days, homes there sold slower than they did at the same time last year.

Bay Area homes continued to move quickly in August, selling in as few as 21 days in the East Bay. For more on the latest market conditions, check out Pacific Union’s August 2018 Real Estate Update.

MORE ADVICE FOR BAY AREA HOMEBUYERS: SAVE A HEFTY DOWN PAYMENT
While Bay Area homebuyers who want to close a deal should act quickly given current market conditions, they should also be prepared to place a substantial down payment — in fact the most in the nation.

ATTOM Data Solutions’ latest Residential Property Loan Origination Report puts the median U.S. down payment at $19,900 in the second quarter, representing 7.6 percent of the median sales price of properties with a mortgage and a new all-time high. In the San Jose metro area, homebuyers put down more than 15 times the national average — $306,000, which accounted for 25.5 percent of the median-priced $1,201,250 home. San Francisco followed with America’s second-highest down payment of $220,000, representing 23.9 percent on a $922,000 home.

Because of the Bay Area’s big-ticket home prices, the region also has the highest percentage of sales to co-borrowers — multiple, nonmarried parties named on the deed. In San Jose, co-borrowers accounted for 49.3 percent of sales, while they comprised 39.1 percent of activity in San Francisco.

BAY AREA LEADS THE COUNTRY FOR APPRECIATION SINCE HOUSING MARKET RECOVERY
Home prices in key Bay Area job centers have more than doubled in value over the past six years, fueled by a high-octane economy and not enough homes to meet demand.

Citing data from Trulia, The Mercury News reports that home prices in San Jose have grown by 122 percent since 2012, the highest rate of appreciation in the country. During that time, home prices rose by 108 percent Oakland and 101 percent in San Francisco, ranking those cities No. 3 and No. 4 for appreciation.

Bay Area home prices have risen on an annual basis every month since April 2012. A lack of new homes is fueling the increase, and while The Mercury News notes that building permits have recently ticked up, they remain significantly below the U.S. average.

CALIFORNIA’S FASTEST-GROWING INDUSTRY IS NOT WHAT YOU WOULD THINK
While the Golden State’s economy is typically strong associated with the technology sector, its fastest-growing industry is actually rooted in tourism.

That’s according to an analysis by SmartAsset, which tracked the number of employees in 13 job sectors in 2015 compared with 2016 to find out which industries are growing the most in every state. During that period, California’s highest-growth industry was in transportation and warehousing sector — specifically scenic and sightseeing transportation.

When it comes to the information sector, the places that added the most software-development jobs include some unlikely states, including Arkansas, Maine, and Missouri.